Stripping, NO Longer a tease! 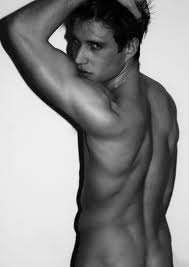 Yesterday, the Supreme Court of the United States ruled that a search (particularly a strip search) does not violate your Fourth and Fourteenth Amendments.  The Court decided not to get involved with Police discretion, to decide whether or not a person being arrested should be the subject of a full strip search or not.  In other words, The Supreme Court has ruled that it is well within the authority of a Police Officer to make you the subject of a strip search, if you are going to jail, regardless of what you are going to jail for.

Therefore, if you do not like to be naked in front of a police officer and don't like to bend over and "spread your cheeks", you may want to stay out of trouble and NOT go to jail.  Staying out of a jail is an easy thing to do right?  Well, this entire Supreme Court case arose from the case of an adult male, who was arrested for an outstanding warrant for an unpaid fine.  This man was taken to two different jails and subject to a strip search at both.  It turns out that the fine had been paid and the warrant was a MISTAKE. But mistakes happen right?  Or recall the woman that recently died in jail, after she was arrested for trespassing at a hospital that she'd just been treated in, because she physically could not move her legs to leave the hospital after treatment.

Better safe than sorry right?  Did you know that one of the terrorist who hijacked a plane on Sept. 11th, was pulled over for a traffic violation just a few weeks before the attacks?  An argument has been made, that MAYBE if he was then subject to a complete strip search, he could have been found with some illegal substances, that would have landed him in jail and prevented the Sept. 11 attacks.  Police are sworn to protect the public, and the U.S. Government has the power to enforce laws that will protect the health and safety of the general public.  So, for your protection, everyone arrested and taken to jail to be detained with the general population must STRIP.  Drive with a busted headlight, don't pay your tickets, participate in a protest, don't pay your child support, or even be in the wrong place at the wrong time, get ready to bare it all.

What do you think?  Should everyone going to jail be subject to a full strip search, regardless of their offense and regardless of a Police officer having a reasonable suspicion that you are carrying an illegal substance?