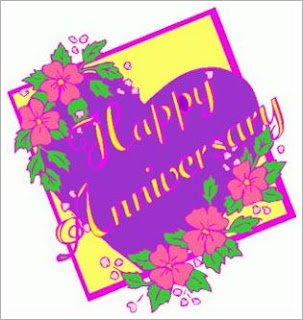 Today marks one year since I registered TalkstillCheap.com.  This is not the day I began to blog, however.  I started off with a simple blog account entitled talkaboutr3al.blogspot.com.

I also officially did my first blog on MySpace years ago.(you can view those post on this site, archived under my 2009 post).
When I registered the domain I did have visions of it becoming a household name.  I imagined being as big as Concreteloop.com and Mediatakeout but with a Positive twist.  I wanted to be the opposite of other popular sites but still relevant.

With all the blog has achieved in just one year, I say "so far, so good".  What do you think?
I appreciate all my followers, supporters, and readers.  All I ask is, as we go forward not only will you read and discuss with me and others, but also share your thoughts through a comment when you are urged to respond.  With your participation we can take this site to new heights!!!

Show your support and celebrate with me in Atlanta next Saturday for TalkstillCheap.com's Blogaversary & Breast Cancer Awareness Benefit! It is going to be Awesome!!!!! See ya there!
Follow me @Relleisallthat

Free redbox rental enter promocode BREAKROOM for one free night!
Posted by TalkstillCheap.com at 11:39 AM 2 comments:

They say Hip Hop is dead, but I believe there is still some G.O.O.D. Music out there!
Artist frequently ask me to listen to their music and to post it on my blog.  I don't consider my site to be a music site.  However, I dont fault them for asking.  I applaud them for doing their research and seeing some attributes in my blog site that they believe may give them additional exposure.  But.....
For future references, if you want to get posted on TalkstillCheap.com you may want to sound a little something like this!!

Music with relevant metaphors and similies, performed with this type of intensity is what sales records.  Take Note!

What did you think of the award show overall?  Did they give out awards (Besides Salt -N- Peppa)?  I didn't watch the show. :)

What do Soulja Boy, Morehouse College, and Bishop Eddie Long all have in common?
﻿
﻿﻿﻿ ﻿﻿﻿
They have all recently failed victim to some bad press.  One, an artist that is suppose to be known for his "musical talent", another, an educational institution that is known for its creation of "Men" of a higher standard, and the other, a Bishop that is the known Christian leader of a  religious institution that influences thousands of people. Despite their "purpose", due to the current media attention they have received, they are now known as a "crack head", a homophobic institution that limits expression and a pedophile "pimp".
Unfortunately, despite the validity (truthfulness) of these media claims, these are their new names.
What, if anything, does this mean for Soulja Boy, Morehouse College, and the Bishop?
Soulja boy has two new singles out right now.  Does the "crack head" allegation stop you from buying his cd or bobbing your head to his music?
Morehouse enrolls several thousand students each year.  Did the dress code and  the allegations of "gay bashing"  discourage thousands more from applying and attending this year?
Bishop Eddie Long has more than one church and a school, and when he addressed his congregation, the entire church was filled.  Do you think next Sunday it will be empty?
Is there such thing as bad press?  When we see and hear these allegations, do we really believe them or do we just go along with the times for "goodness sake"?  For example, the Soulja Boy story has practically been forgotten and people are now deciding if they like his new single or not.
Do we take press and allegations seriously, not seriously enough, or not seriously at all?  Or, is "no press, bad press" because it grabs your attention for the moment, increases recognition for the victim, and likely diminishes after just a short period?   THINK ABOUT IT!
While you ponder..... remember when Kat Stacks and Fabolous had "beef" and it was believed that someone from his circle was involved when she was smacked in a restaurant?  Well, take a listen to the remix of Marsha Ambrosius' new single "Cheat on You", featuring Fabolous and Maino.  Listen for the reference and think about why the reference was made and who will benefit from it. Click below to listen!
COMMENTS!!
FOLLOW ME ON TWITTER @Relleisallthat & @TalkstillCheap1
IF YOU ARE IN ATLANTA OR WILL BE OCTOBER 23, 2010 PURCHASE YOUR $10 TICKETS FOR MY BREAST CANCER AWARENESS BENEFIT AND BLOGAVERSARY PARTY (click the flyer above)!!
Posted by TalkstillCheap.com at 8:25 PM 2 comments: