Transforming Negative into Positive
Today's feature is a current young professional and a proud first time business owner.  However, he is not a stranger to the benefits of being in business for yourself.  Corey, better known as, Lil' C was recently featured on the History Channel's series "Gangland", sharing his insight on the movement formerly known as B.M.F. (Black Mafia Family).  I say "formerly" known as, because Lil' C is now the Co-Fonder of the New B.M.F., Building More Families.  Check his story below:
﻿﻿ ﻿﻿
﻿What made you decided to participate in the Gangland series to speak on B.M.F.?
I was involved with that movement.  I received a call on behalf of Meech, asking me to participate.  I really had no choice.  I am a representative of how something  positive came from that movement.  I used to live that life of cars, money, clothes, and women that people dream and rap about.
As a new business owner, how has your perspective changed about earning money compared to the life you used to live?
As a business owner you have to have patient.  I am learning the ins and outs of the business, I see it differently from how a patron would see it from the outside.  Instead of the instant gratification, I'm growing my business.  Success won't happen over night.  Its like having another big bill (paying employees, inventor, etc.), until the business starts paying for itself.
﻿﻿﻿﻿ ﻿﻿﻿﻿
What is the new B.M.F.? Elaborate on the Building More Families initiative.
I am Co-Founder, along with Meech's Mom.  Its new, four months in the making.  We are basically providing insight and support to kids who have parents in jail or vice versa.  We want to educate on the laws that effect our communities.  Its also a community service initiative, giving back to the people.  Building More Families proves we can "we don't always have to take from the community without giving back.".
What do you think about celebrities, T.I. & Wiz for example, portraying the life of fast money and are now in and out of jail?Celebrities put out what sounds good and artists are getting caught up
trying to live that life.  T.I.'s actions are like a slap in the face to the system.  But you can't believe everything you hear in the media.  I have been
scrutinized for untrue statements, so I won't be judgemental.
What's next for Lil' C, what your goals or aspirations?
I'm looking into opening up a dance studio or karate studio.  I want to build the community back to where it used to be, when "we had our own dollar".  We are quick to say were going to go out and buy some Chinese food or whatever, but we need to support our Mom & Pop stores and spend money in our communities. 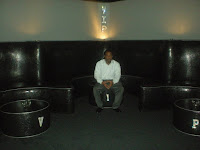 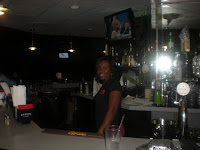 Check out Solutions Grill located at
2040 Sylvan Rd.
Atlanta, GA 30310
Enjoy daily specials, catch sports games, pool, and good food with even better prices!! I know, I had a taste!
You can follow Lil'C on twitter @LilCATL & @Solutionsgrill for updates on the moves he is making and the the daily restaurnat specials.  Like this story?  Show Lil' C some love and leave a comment!
Know someone Ambitious in your community?  Email me Shirrelle@TalkstillCheap.com with details.  You can follow me on twitter @TalkstillCheap1 & @Relleisallthat
This blog has also been nominated for TWO Southern Entertainment Awards!! Click the award picture at the top of this page to visit the nomination site and vote for "Website of the Year" and "Role Model of the Year", Shirrelle!
Posted by TalkstillCheap.com at 12:00 AM