Bank of America... Changing the Game! 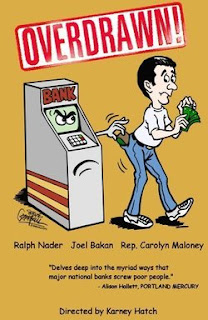 My freshman year of college Bank of America was right there my first steps onto the campus.  One of the most popular banks in the U.S.  I thought I was BIG TIME!

Like my mom says sometimes, do you want me to answer that with one word or two words?

Hell No! I no longer bank with them & it was primarily due to OVERDRAFTS & OVERDRAFT fees.  It baffles me that to be such a large financial entity, BOA did not have their stuff together when it came to national transactions.  When I first started the account, I knew that if my mom made deposits in Tennessee at a certain time of the day, it may not be available to me until the next day or so.  Then maybe a year or two later BOA supposedly upgraded their system to make those interstate transactions available immediately if deposited before the deadline.  However, that was not the case!  They also had issues syncing their online banking to update with their automated system.  It was crazy, I had to call so often to dispute Overdraft fees, and my peers experienced these issues too.  I hate for someone to mess with my MONEY!!

However, For all you current cutstomers GOOD NEWS!! Bank of America is eliminating OVERDRAFT FEES!!! You will no longer be able to spend money that you do not have on your debit card.  As we alll know accidents happen, and if you went over .01, you usually had a charge of about $30....ugh the worst.

New Federal regulations will go into effect starting in July, that will make it necessary for banks to obtain consumers permission before charging a $35 overdraft fee.  However, Bank of America is taking the new regulation a step further and not allowing your debit card to overdraft, simply if you do not have enough money to cover the charge.  Now, if you attempt to withdraw more money than you have, you will now be given the option to elect to pay the $35 overdraft fee in order to recieve the funds.  (Desperate times, call for desperate measures I guess)  A lot of banks are expected to soon follow BOA's lead.

Although this sounds like an excellent consumer advantage, overdraft fees are a huge percentage of bank's incomes, and where they loose money one way, you can bet your lucky dollar they will gain it back in another way.  More bank fees perhaps, no more free checking.... Who knows?

What do you think?

*SideNote* I did really like Bank of America's "Keep the Change Program".  It rounds all of your purchases to the nearest dollar and puts the difference between that and what you actually spent  in your savings account.  On your anniversary date each year, the month in which you started the program, Bank of America will send you a check, matching the amount of money you saved by using this program.  My first check was a SUPER SWEET surprise.  Check it out if you're a current BOA customer.
Posted by TalkstillCheap.com at 10:56 AM