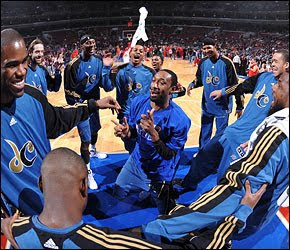 NBA player Gilbert Arenas has been suspended from the NBA "Indefinitely". This decision came from the NBA commissioner on Wednesday afternoon. Arenas admitted to bringing unloaded guns to the NBA Washington, Wizard's locker room. Originally the Commissioner was not going to make a behavioral correction decision until after an investigation was completed. However, on Tuesday night, Arenas made hand gestures, mimicking a gun, and pointed them at his teammates during a pre-game warm up. His actions prompted the NBA commissioner to take action. He deemed Arenas "unfit" to play basketball at this time, and handed down the suspension. 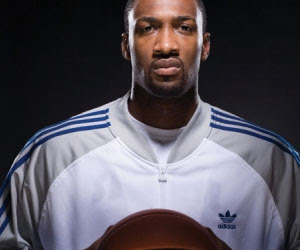 When I first saw the headline Tuesday morning suggesting that NBA players pulled guns out on each other in a locker room, I didn't even read it. I just knew that was flabbergasted. As the day went on, I read Arena's first public statement regarding the incident. He apologized for his behavior and at the end of the statement said he would "do better in the future". It threw me for a loop, first off because the story was true, and secondly because he spoke as if he would not be punished for his actions.

Arenas says he kept guns in his locker because he thought them a safer place, than at home with his children. However, unfortunately, this is not the first incident Arenas has had with guns. In 2004, he was suspended for one game after pleading "no contest" to a misdemeanor gun charge. 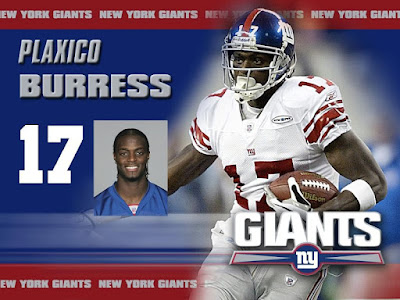 August of 2009, Plaxio Burress, receiver for the New York Giants, plead guilty to attempted criminal possession of a weapon. Burress carried a loaded gun into a strip club and accidentally shot himself in the leg. Burress stated he carried a gun for concern for his safety. A teammate of his was held up the night before. He is now serving a prison term, and was just recently denied a bid for work release. 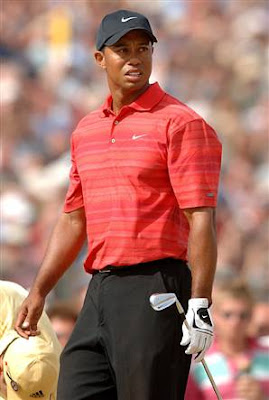 The most famous athlete of 2009, he earned that title right before the year ended. If you are not familiar with Wood's current personal problems, you must be living under a rock. Police were called to his home one night after Woods had a small car accident leaving his home, that left him cut up and laying on the ground. Originally, Woods and his wife would not comment on the incident, but rumours swarmed that the accident brewed from a fight between the two, due to thoughts of infidelity on Wood's behalf.

As the scandal grew, Woods finally released a statement admitting his infidelity and removing himself from golf indefinitely. From that point, several women surfaced admitting to having relationships with Tiger Woods. Although, what Woods did does not constitute criminal charges, Woods lost a couple of endorsements and is now reportedly about to go through a nasty divorce. 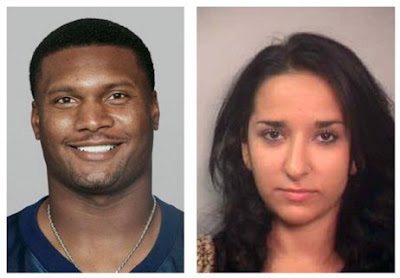 Pictured above is NFL player, Steve McNair and his presumed "lover", both deceased. On July 4 2009, McNair was found dead at the age of 36. His death was ruled a murder/suicide. McNair was shot in his sleep by his 20 year old girlfriend, who thought he was possibly seeing someone else. McNair, was still married with four children, however just a few days before, McNair and his girlfriend were pulled over in a car McNair purchased for her birthday. She was charged with DUI and McNair made her bail shortly there after. R.I.P. Steve McNair 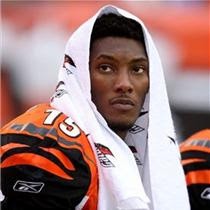 At the age of 26 Chris Henry, of the Cincinnati Bengals, died after a fall from the back of a moving truck. Henry was in a domestic dispute with his fiance and jumped on the back of a moving truck headed down a curvy back road. He died the day after the incident and his fiance has not been charged in the death. Although, Henry had a troubled past that included multiple arrest, he had begun to come into his own and leave his past behind. R.I.P. Chris Henry

Do you recognize the trend here? Note the order I place these athletes in. The incidents relate, and go from bad to worst. A simple gun possession turned accidental shooting, turned prison time. Secret infidelity, turned open relationship, turned tragic deaths. All these incidents are unfortunate, but the truth of the matter is, they happened and are currently being dealt with.

I asked my younger male cousin, who is a sports fanatic, how he felt about the Arenas situation, and to my surprise he stated, "I think he deserved it, not because of what he did, but how he acted". Great point, and that in fact, is the main purpose of this post. Indeed, we ALL make mistakes and NOT EVERYONE (not all black male athletes) that plays sports is a bad role model. However, it is an issue if our role models do not take highly the responsibility they carry in how their actions influence others, especially our younger generation.

Below are some comments on the recent Arenas situation. 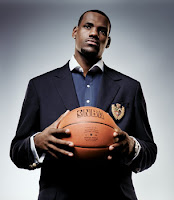 "LeBron on Arenas: "For the game to be taken away from you is tough. But you've got to use better judgement sometimes." 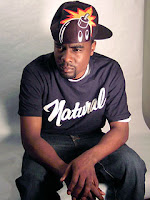 "some of y'all need to lay off Gilbert, the situation wasn't that serious, it got blown up..Gil really does a lot for DC and this is unfortunate"

Lebron's statement reflects an agreement with the suspension of Arenas and takes into consideration Arena's actions after the incident. Wale, defends Arenas and warrants us not to forget the good Arenas has done during his career. WE do have to be more careful with our decisions, especially in positions of leadership. We do all make mistakes, but that doesn't mean we shouldn't be punished for them. Without reprimand behavior can get out of hand (i.e. the trend in these incidents). If Plaxio would have never shot himself in the leg, who, when, where else would that gun accidentally go off? If McNair's lover didn't go crazy with worry of infidelity on that night alone with him, when, where, who else would she have shot? If Woods never ran into that fire hydrant on that night, how many more women would he have cheated with?

Its unfortunate these things came to light, but lets just put these incidents out there, and hopefully take their issues as lessons learned.
Posted by TalkstillCheap.com at 1:41 PM