T.I. OUT, NEXT your Favorite Rapper IN!! 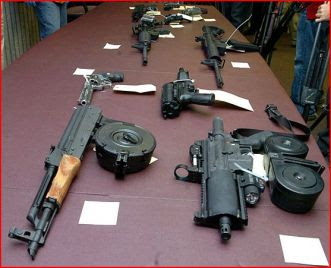 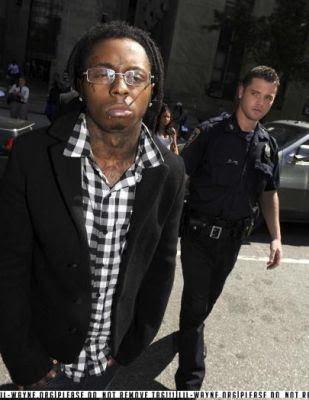 T.I. Clifford Harris Jr. was released from prison today, December 22, 2009, three months earlier than his sentence. He was released to a Half-way house in Atlanta, GA. He served only seven months of a one year and one day sentence, in a Federal prison in Arkansas. T.I. was in prison on weapon charges and was originally not supposed to be released until March 2010. He will spend the next two or three months finishing his sentence in the Half-way house. In a half-way house, T.I. will be permitted to leave during the day for purposes such as work and medical. This is still restricted living however, but it employs more freedoms than it would a full prison term.

As you may or may not know (you may not fully pay attention to the facts), T.I. was arrested while trying to buy unregistered machine guns and silencers. What in the world he planned to do with all that, only he & God knows. T.I.'s defense is you never know who is "side-eyeing" you. In other words, he had to make it (hoodly) known that he "strapped" and able to protect himself if the time ever arose.

I feel ya, T.I. but that goes for everybody, we know the story of the D.C. sniper and other serial killers, we never know when our time will be with all the craziness in the world. She we all be strapped? Better yet, should we all be strapped "illegally or legally"? There is a time and place for everything and there is a way and a know how, as well.

Now that Harris has been released, we still have Gucci and Boosie in prison, and Lil Wayne will be entering in February. He is scheduled to enter prison, February the 9 2010. He plead guilty to felony gun charges, as well. He is expected to serve anywhere between 8 months and a full year. During a "routine" stop the smell of weed promoted a search of the tour bus, where a loaded gun was found.

I have no idea what Wayne's reasoning is, supposedly it truly wasn't his gun, but since it was his tour bus he decided to take the "claim" for it.

How do you feel about your favorite rapper going in and out of prison? We all make mistakes right? How many mistakes is too many? What messages do we send when we support these artists, or does their personal life have nothing to do with their music? Do we even care what T.I. planned to do with all those guns? (see above picture) Do we care what drugs or alcohol Wayne takes? Do we want our artists to have any form of accountability?

This is a tough discussion. I listen to these artists, I am a fan. ( I haven't honestly bought any of their albums recently, but I still play and listen) Fortunately, I am wise enough to not let the acts of others influence my actions and thoughts, but what about those who are not? What about our cousins, brothers, and nephews who idolize these artists? Are we having discussions with them, and making sure they know the difference between right and wrong, and fiction and fake?

Think about it! Let have these discussions because TALK IS STILL CHEAP, without thoughtful action behind it. We listen and say we know better for ourselves, but lets note our surroundings and our youth, make sure they know better too!
Posted by TalkstillCheap.com at 3:00 PM