LEGGINGS & JeGgiNgs are all the RAGE this Season! 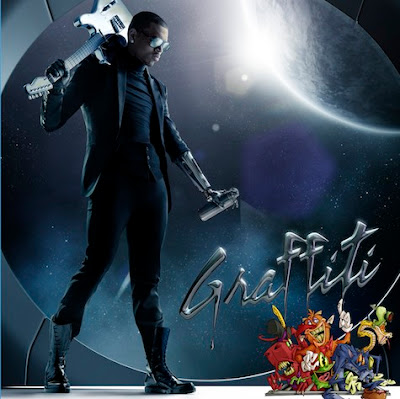 Everyone loves a nice pair of leggings right? They are comfortable, easy to pair, and form fitting..... on ladies. But what about men? The above picture is a "supposed" glimpse of Chris Brown's new album cover for "Graffiti". In this picture, Brown sports a pair of form fitting pants. They are not skinny jeans or jeggings, jeans that are so form fitting they look like leggings. However, they are form fitting none the less. Although, skinny jeans are all the rage this season, Brown has caught much criticism for his choice of album cover wear. People beliee the pants are too tight and set a bad example of dresscode for his young fans. Below is his twitter response to his fans, or lack there of. 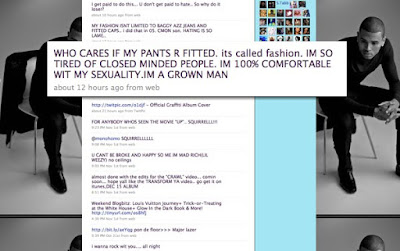 Brown is not the only male being criticized for a pair of "form fitting" pants. A middle school student in Mesquite, TX was given the decision to change pants or leave school. Student, Seth Chamlee, was sent to the office immediately during first period when he arrived in a pair of black skinny jeans. The reasoning behind his dismissal was as to not disrupt school. In some TX school districts the pants are ok as long as they are not inappropriate. However, in the Mesquite school distract skinny jeans are BANNED. The parents of Seth Chamlee decided their son would go home and stay home. He is now being home schooled.

This post is similar to a piece I did on a new implemented dress school at historical Morehouse College. In instances where students are reprimanded for their way of dress, there is not much one can do about the schools policies. You either follow or leave. What about non-students, people such as Brown, who choose to wear these fashions in their everyday lives but still receive criticism? What is then the distraction?
Posted by TalkstillCheap.com at 9:03 AM