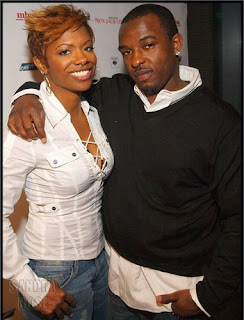 I am sure most of you, if not all, are aware of the recent murder of Kandi's, from Real House Wives of Atlanta's, fiance AJ. He died from a blow to the head during a fight outside a strip club. ***SENSELESS CRIME IS SO SAD*** This guy had 6 children, who are now father less. Upon reviewing recent articles on this incident on the net I read several comments the general internet public wrote in response to Kandi's actions following the death of AJ.

Technology is a wonderful thing, and it rapidly advances day by day. I cant imagine how my children will be able to communicate with their peers in the year 2030. Twitter is a new social site that allows the general population to communicate not only with their peers but with cross country friends, politicans, entertainers, and motivators in an instant, all at the click of a "tweet". I was skeptical to join (as I always am resistant to change, I always have to do my research first....little habit of mine)at first. Now I "tweet" everyday and am able to keep up with the people I am truly interested in and communicate with my best buds. Where as before, we would hardly ever talk. I LOVE IT! I am also able to freely voice my opinion for the entire world to see, even certain politicians I dont agree with (oooohhhh I LOVE THAT). Anywho....Kandi is an enteratiner who uses twitter to communicate with her fans as well as her fellow entertainers. The same night the news broke of AJ's death, Kandi was on twitter. check out the tweets below...

This seemed to upset a lot of people. How can someone be on "twitter" after hearing about the death of their fiance??? Did she loose her morals? Does she have any morals? What was she thinking? Is she using his death to gain more "followers" by tweeting during this tragic time? <<<<
I dont see what the big deal is, with Kandi being on twitter. Im sure she got flooded with tweet condolances. Who is to say she didnt have her twitter account notifications set where her phone rings every time she gets a new follower? (you know everyone became a fan then..smh nosey) Or that her phone didnt buzz everytime someone mentioned her name on twitter? Werent you the same person glued to the tv waiting for Jermaine or Janet to confirm or make a statement when M.J. passed? Like I said, twitter is just that, technology that allows us to connect more quickly and easily. If your favorite twitter peep doesnt respond when you send them a "tweet" how do you feel?

Im anxious to hear other people's opinions on this topic. You may feel totally different than me & believe Kandi was wrong for being on twitter. BY ALL MEANS PLEASE SHARE! What are the twitter rules? Are there some twitter by-laws? Are there some unspoken rules on when you should and should not tweet? If so? Who the hell made the rules up? Let me know so I can be sure not to follow them!


LIKE MY BLOG??!!?? BECOME A FOLLOWER TO BE NOTIFIED WHEN I POST SOMETHING NEW....a movement dont get lost *muah*
Posted by TalkstillCheap.com at 8:41 PM