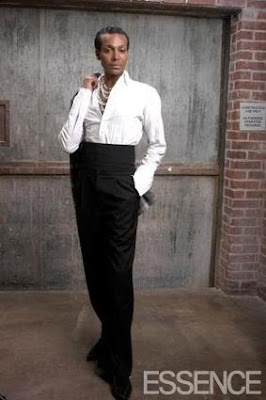 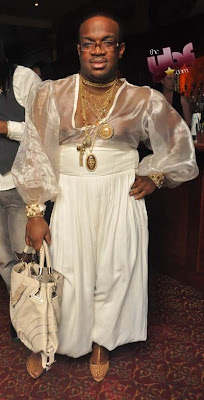 As a proud student of the Atlanta University Center (a consortium of schools that include Spelman College, Morehouse College, and Clark Atlanta University, of which are so close they share the same library), I am particularly attracted to the current debate going on at Morehouse College. Recently the school launched its "Appropriate Attire Policy". this policy has caught national attention due to a clause that specifically bans the wearing of "women's clothes, makeup, high heels, and purses..". This policy is a new attempt to address ALL inappropriate attire. It also bans "the wearing of hats in buildings, pajamas in public, sunglasses in buildings, and etc."

If you frequent Atlanta, GA, you are probably well aware of its growing GLBT (Gay, Lesbian, Bi-Sexual, & Transgender) community. And, if you have your eyes open to pop culture, I am also sure you are aware of the growing acceptance of the GLBT community, such as the acceptance of gay marriage in some states, the entrance of "Vogue Evolution" on America's Best Dance Crew, and the popularity of Dwight of the Real Housewives of Atlanta (pictured above on left, taken from ESSENCE magazine). This growing acceptance has crossed over into our educational institutions. Is this a bad thing?

Morehouse, an all male HBCU, has several notable Alum, including the Rev. Dr. Martin Luther King Jr. It is consider amongst the community as the "Ivy League" of Historically Black Colleges & Universities. One student of the college insists that Morehouse College has "a legacy that we are trying to uphold". Therefore he agrees with the current policy in place. Some students are in limbo, and do not agree with some of the policy, as far as how students are allowed to dress on the campus outside of the classrooms. The college confirms that is was only a handful of students that dressed according to their GLBT lifestyles, and admits that students who do not adhere to the new rules will not be allowed in class and if a repeat offender, you will be subject to suspension.

As an Alum of Spelman College, I know how important the traditions are. For Graduation we ALL had to wear flesh tone hosiery and black closed toe shoes with WHITE dresses. I wasn't to happy about it, but I could set aside my selfishness for THREE DAYS to uphold a magnificent tradition of educated Black Women who came before me, but what about an entire school year, or four?

Being of the AUC, I cant imagine how my professors would react if a Morehouse student attended class (students frequently take classes at all three institutions throughout their matriculation) in heels, red lipstick, and a gucci bag, let alone the male professors at Morehouse College (I have one in particular in mind). I wonder if the other schools of the AUC are adhering to this policy? Can a Morehouse student take all their classes at Spelman (which I encouraged my Morehouse brothers to do, because you get 4 credits/class rather than 3 at Morehouse), and dress as they would on Morehouse Campus before this initiative was passed? For those of you who are currently in school, would a cross-dressing student distract you from obtaining your education. For those of you who are in the work field, would you hire an educated Black man that wore heels to a job interview? How much is too much? You have to draw the line somewhere right? But where?

Share your thoughts, you do not have to be a member of blogspot to comment. ALL point of views are welcome and appreciated.

Posted by TalkstillCheap.com at 10:15 PM